Get your hands out of my womb!

Taking as a starting point Renaissance wonder books and narratives of monstrous births, this performance presents a scene of knowledge-transmission and its artistic interrogation. Whilst spectators listen to an academic lecture and uterine sounds worked into a noise soundscape, Dr Makita examines the in/carnated body of her patient using ultrasound technology. This augmented and perfected body is progressively covered by chunks of meat and offal. The ultrasound images and the deep and troubling sounds punctuate and break the lecture, thus questioning the value of (academic) knowledge transmission.

In speaking of obstetrical “science” from the Renaissance to the twenty-first century, the lecture highlights efforts made by men to control the uterus, an unknown and worrying black space, an anatomical location of utmost importance in a patriarchal world where wealth is transferred through generations by bloodline and male lineage. The parodic and meaty performance of the “obstetrical moment” is an act of resistance against the stranglehold on women’s bodies by men for patriarchal and capitalist ends. 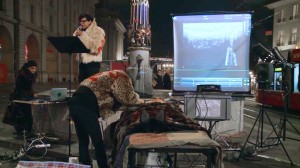 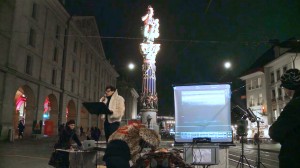 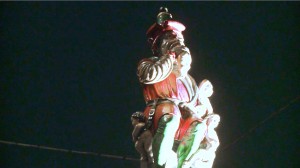 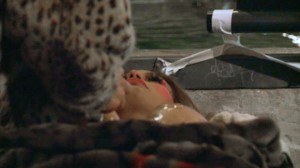 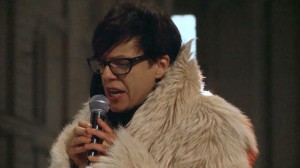 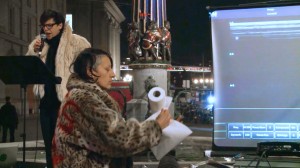 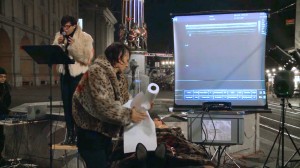 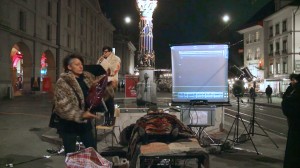 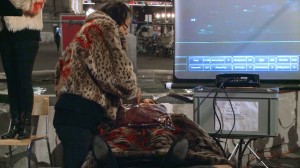 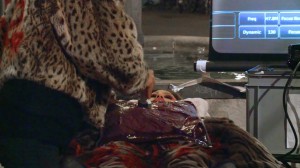 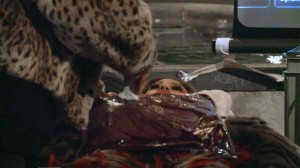 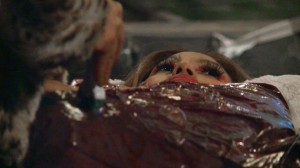 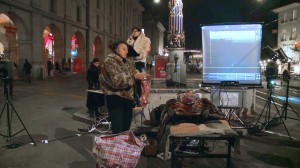 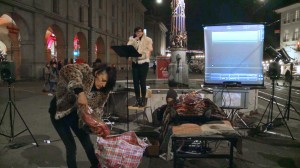 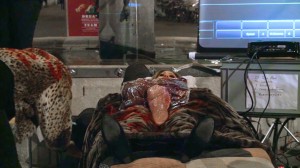 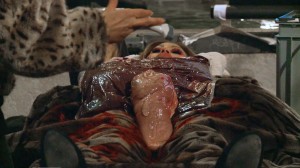 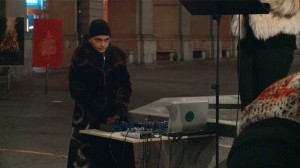 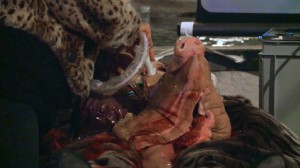 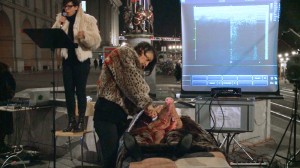 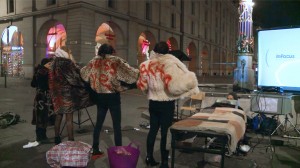