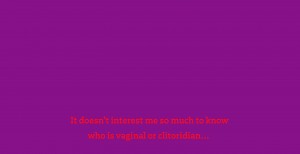 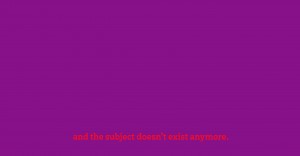 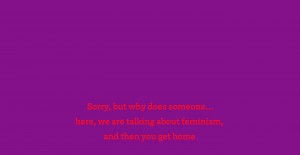 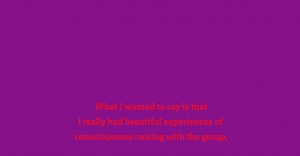 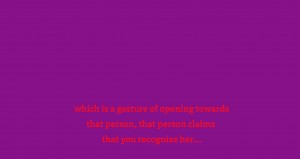 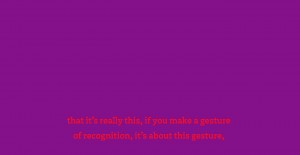 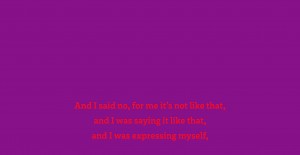 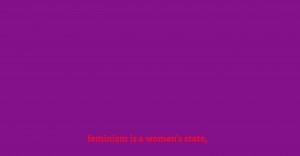 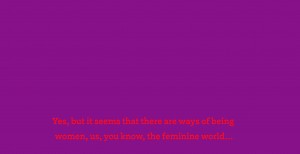 The work of transcribing and then translating the audio archive relating to 1970s radical feminist Italian consciousness-raising sessions is a perilous exercise in achieving the right balance between rendering in writing words that run the risk of being lost to posterity, and preserving the oral nature of the conversations.
Indeed, the orality of the archive is one of its essential features. By making audio tapes of the discussions that constituted the process of consciousness-raising,  the Italian feminists bore witness to their conviction that their work during these sessions was important and worth saving. However, the fact that they chose to record their discussions in the oral form of tape begs a couple of questions : First, did they have the intention to transcribe these sessions ? Did they envisage a
“transcription marathon” of their own ? Did this ever happen ? Have the written records been lost or destroyed ? Second, if there was no intention to transcribe, were the women aware that the orality of the medium seems to encapsulate a number of particularly feminine and feminist elements ? There is an inbuilt horizontality in the discussions; there do not seem to be leaders, or persons authorizing others to speak; the rendering of experience and the exchange of information is effected on a non-hierarchical, level plane.
Then, the temporality of recorded discussion is one that extends and fills time just as real conversation does; there are pauses, repetitions; there is something inherently transitory and ephemeral in the taped discussions. Another important element is the hesitancy of expression, the ways in which words are used as temporary islands of expression, as sense emerges with difficulty, often with help from others. There is a sense in which some of the women can be said to give birth to their consciousness, aided and encouraged by the other participants. Finally, there is an element of grammatical, syntactical and even semantic confusion, which is typical of spontaneous oral exchange.
These characteristics of the audio archive make it possible to analyse in terms of Hélène Cixious’s notion of écriture feminine. In the introduction to a 2015 edited collection Ecriture féminine aux XXe et XXIe siècles, Chloé Chaudet gives three main components for Cixious’s theory of feminine writing: first, an inherent orality and focus on the voice; second, a strong link to bodily aspects; and third, the requirement for intimacy. These elements are present in the audio archive: it is oral, so made up of voices; the women are present, bodily present, in the moment of recording –indeed, at times we can hear them cough or fidget or move; finally, the sessions were certainly very intimate, with the women at times discussing extremely personal matters, and with the women needing to be at ease with such interpersonal intimacy and exchange.
As the project moved towards transcription and translation, these matters of orality were preserved, as far as was possible. Indeed, it would probably be safe to say that in future transcriptions and translations, such characteristics would be actively sought out and foregrounded.