The carpet is made out of cast-off clothes, and is adorned with Makita’s logo.

In recent years, mass social movements have become more and more subject to surveillance by new technologies, including drones that film demonstrations and marches. The drone not only provides the authorities with a bird’s eye view of participants, but constructs a masculinist aesthetic of seeing from a distance, which subordinates the tiny figures to an overarching and totalizing gaze. In this photomontage, I superimpose the image of Makita on her flying carpet on a drone series of marches, providing an alternative and caring position from which to protect the marchers from the drone’s intrusive and technological gaze.

By using the magic carpet as a trope and a material object, I seek to construct a magical and mystical position that partakes in a collective feminist unconscious. By flying over the marchers, Makita and her magic carpet spread love all about, and celebrate the strength of women as a multitude. 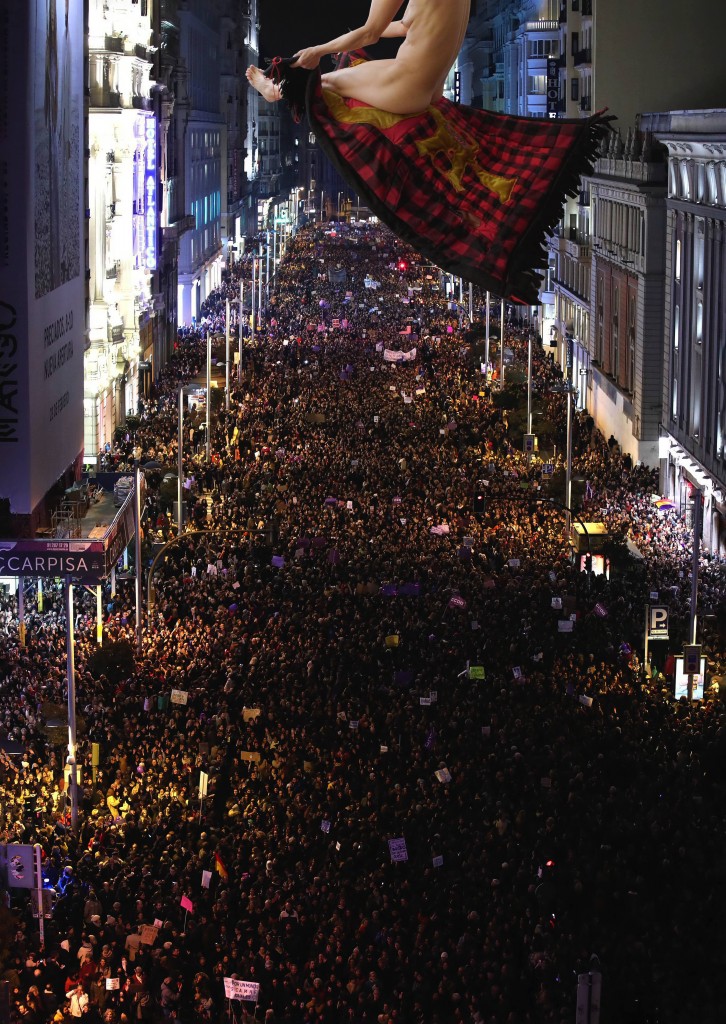 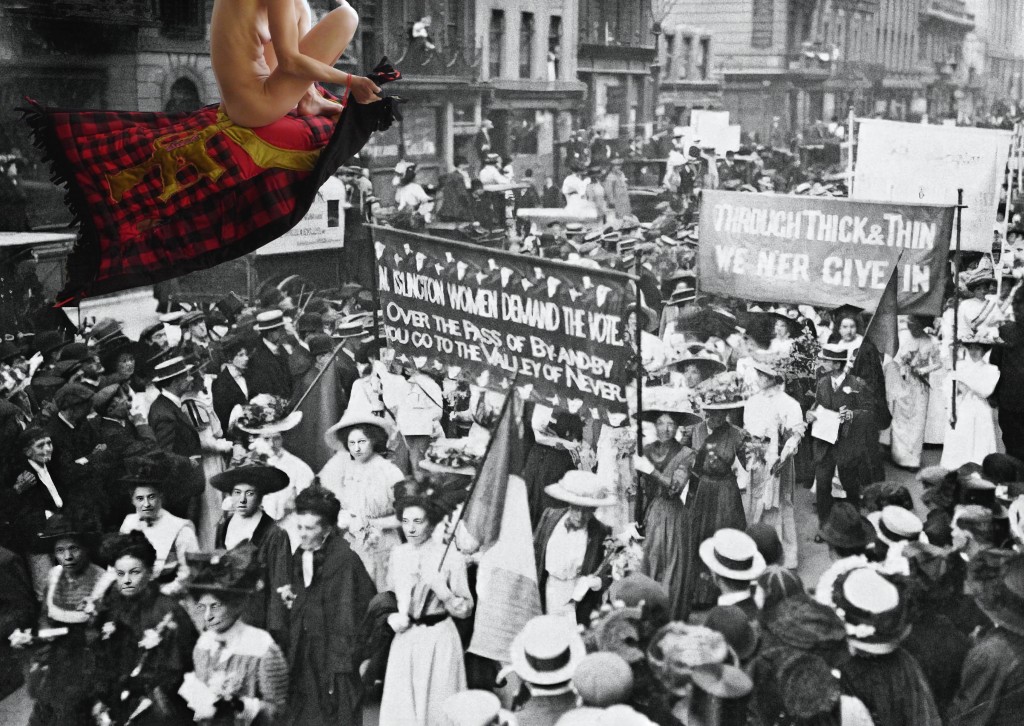 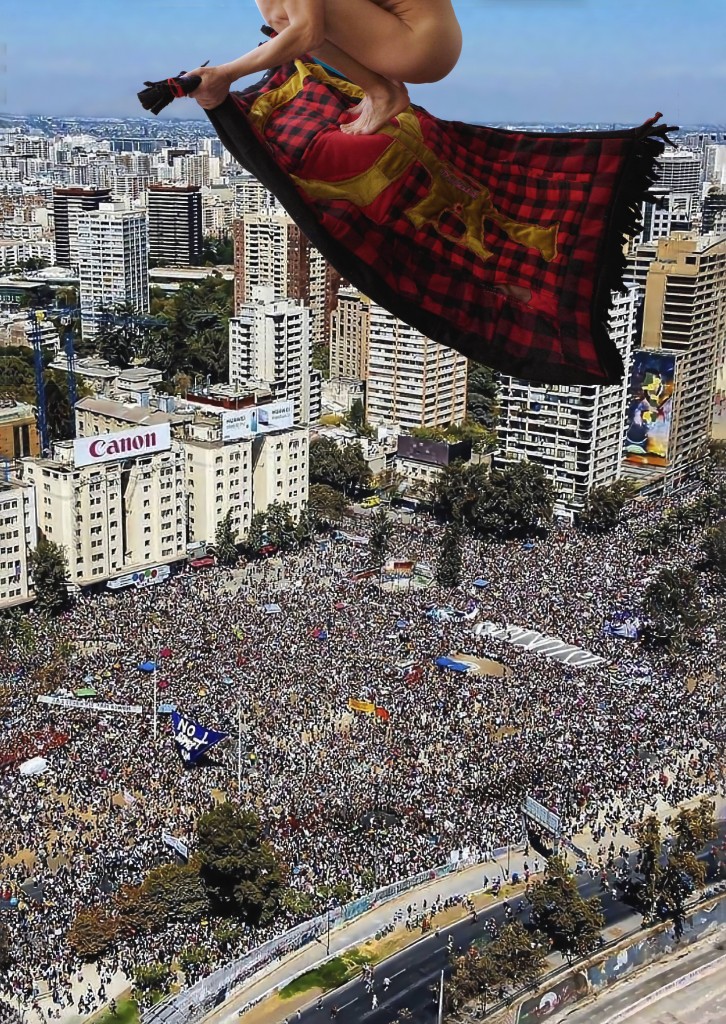 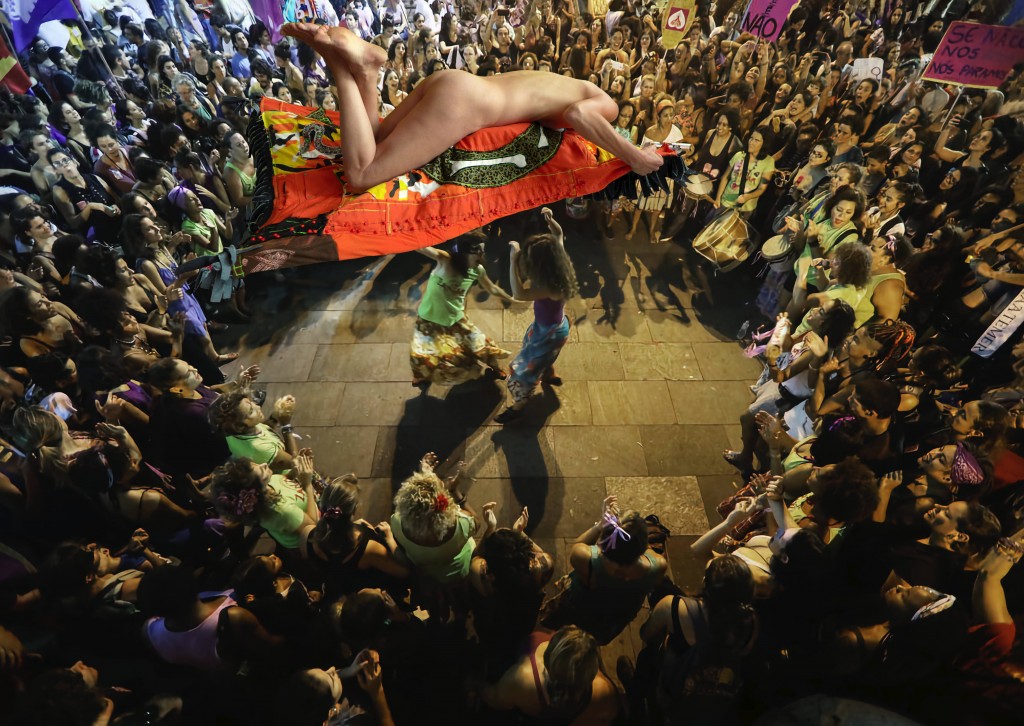 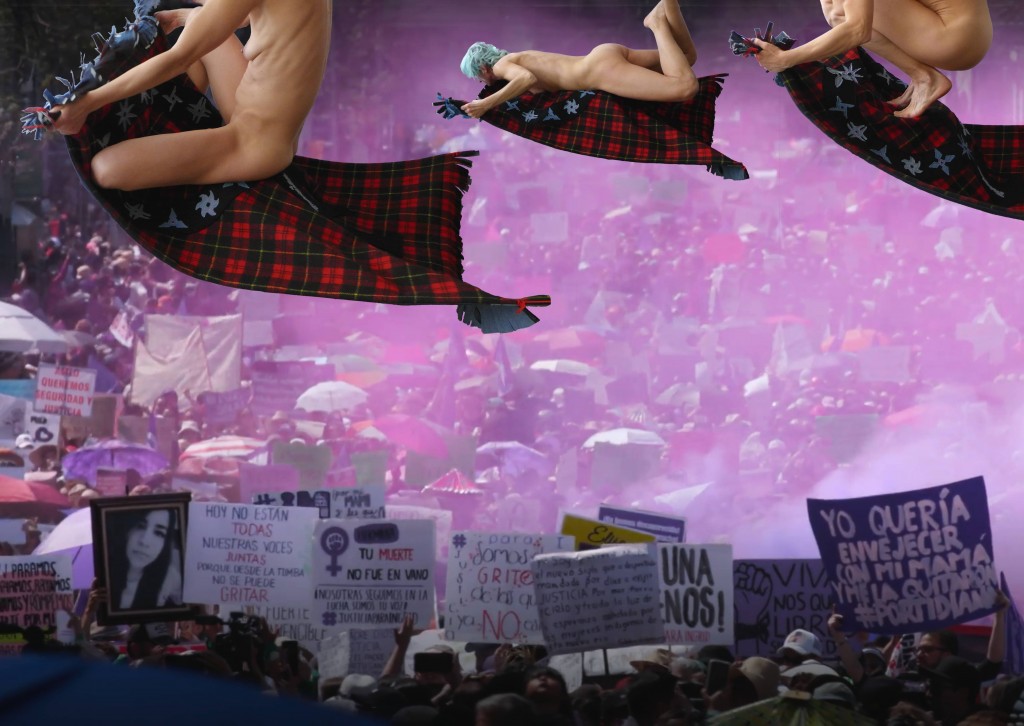 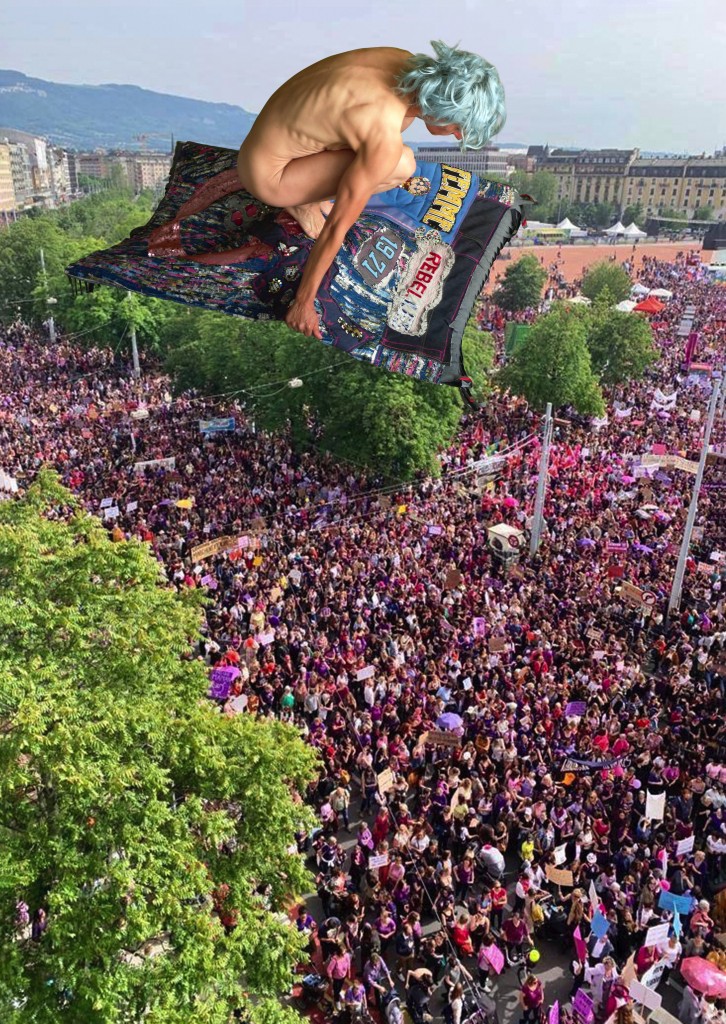 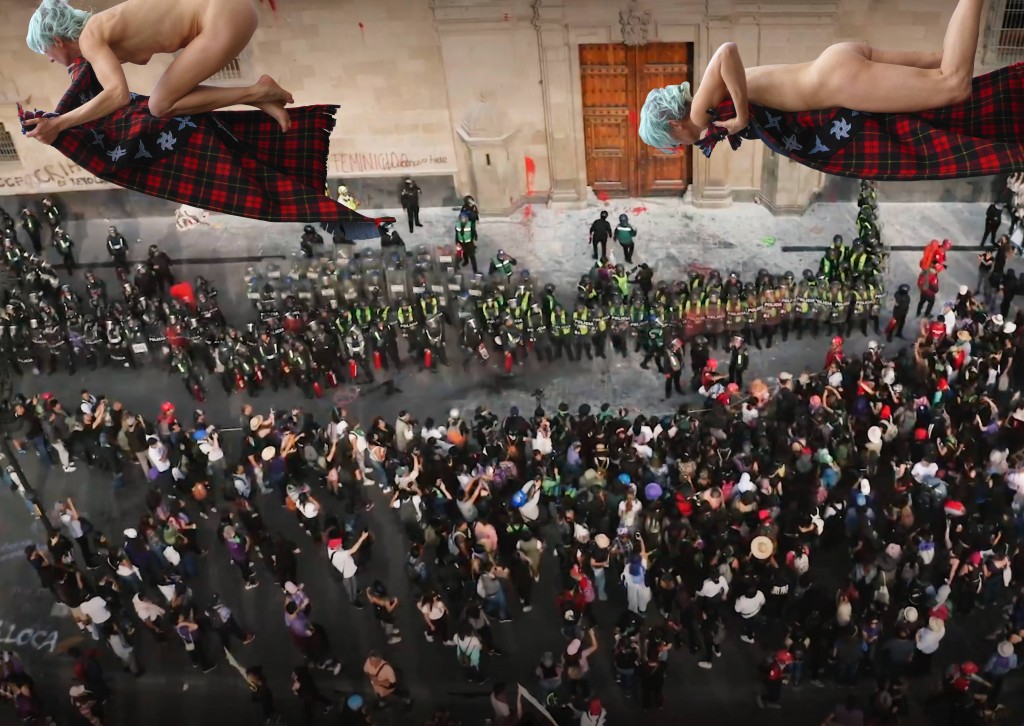 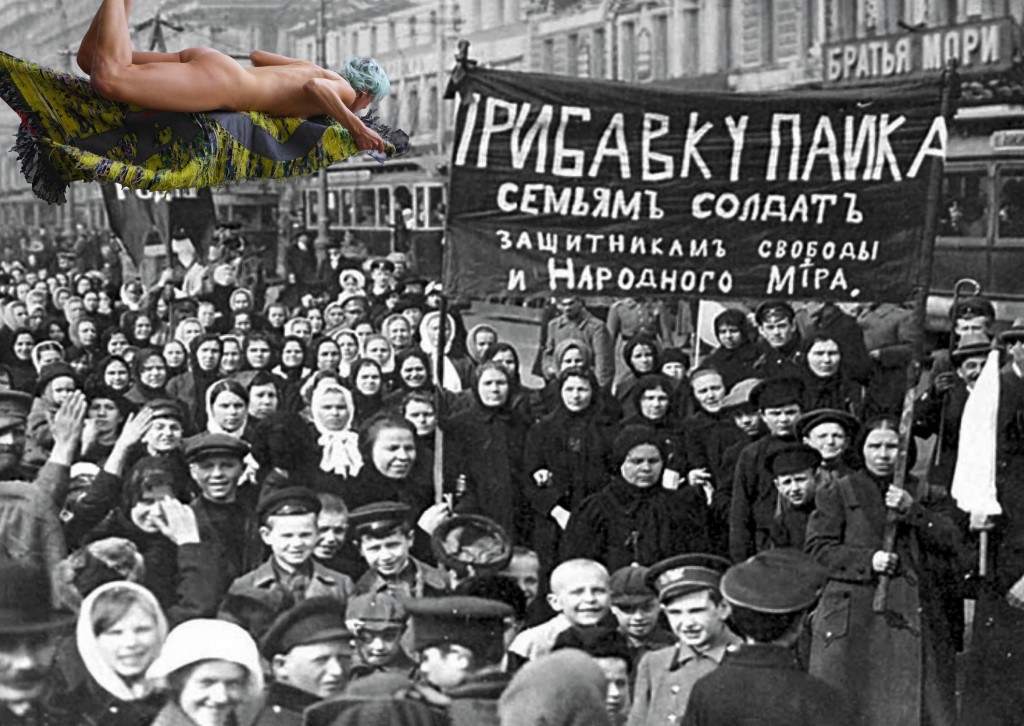 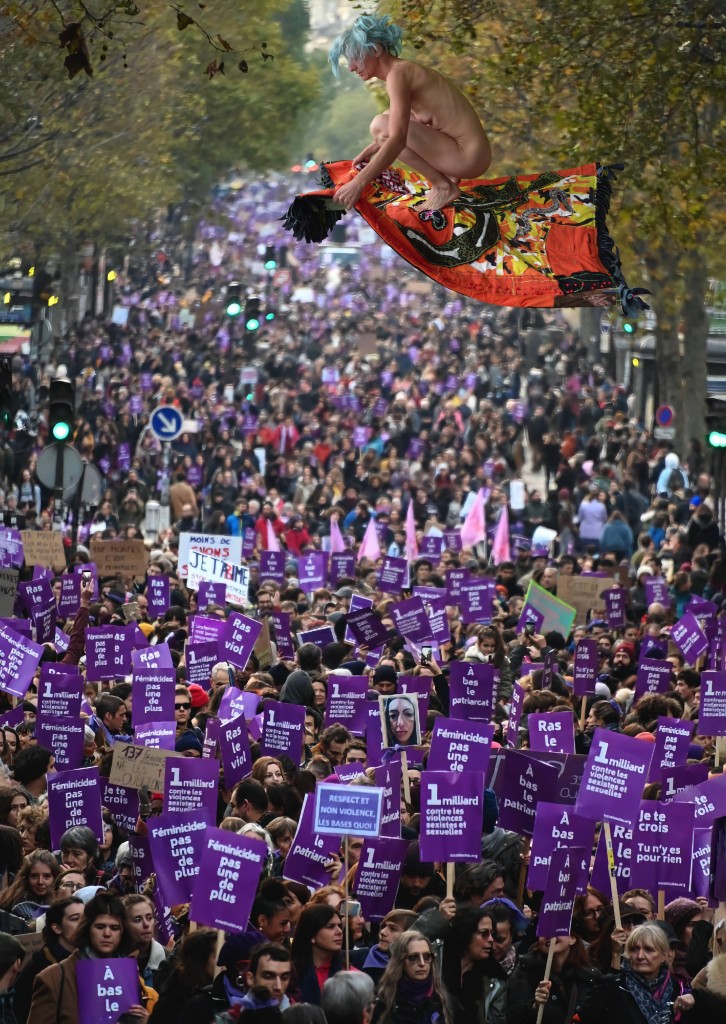