This Fascicoletto Speciale is the result of several moments of the project. It begins with the recording of the conversation between three women (Dora Stiefelmeyer, Anna Cesteli Guidi and Angela Marzullo) that took place in Rome at the RAM (www.radioartemobile.it) in September 2015. The audio tape was then exhibited as part of the exhibition Sviluppo Parallelo at the Kunstmuseum in Lucerne from 31 October 2015 to 31 October 2016; simultaneously it could be podcast on the RAM website.
The Fascicoletto Speciale was finalized in 2017, during the CH Pool, which brings together workshop offers from all Swiss Art Schools and is open to all Master’s degree students in Switzerland. Angela Marzullo included the audiotrack in her CH Pool proposal Coming out feminist which takes the conversation with Dora Stiefelmeier and Anna Cesteli Guidi as a basis.
A transcription was made during the workshop, taking care to respect the orality of the moment when thus placed it in a feminist tradition of oral history. This first transcription was the subject of a dialectical discussion between the participants in the conversation. A second version is therefore given here, which tends towards scripturality with a more formal tone. It probably gains in readability in this way.
The soundtrack begins with a sentence by Dora S.: “ During feminist meetings men had to go out…. No man…” (This founding phrase was removed from the final transcript.) However, it is inspiring for its radical meaning, in relation to the separatism of the second wave groups, and is indispensable for the feminist construction of contemporary discussion scenarios.
The participants of this workshop, after talking about the Italian feminist second wave in the 1970s (Cf. Lonzi Carla, Autoritratto, Milano, et al., 2010), make short videos in the form of self-portraits. In these videos the participants state their personal feminist mantra in their mother tongue to affirm their self-consciousness. 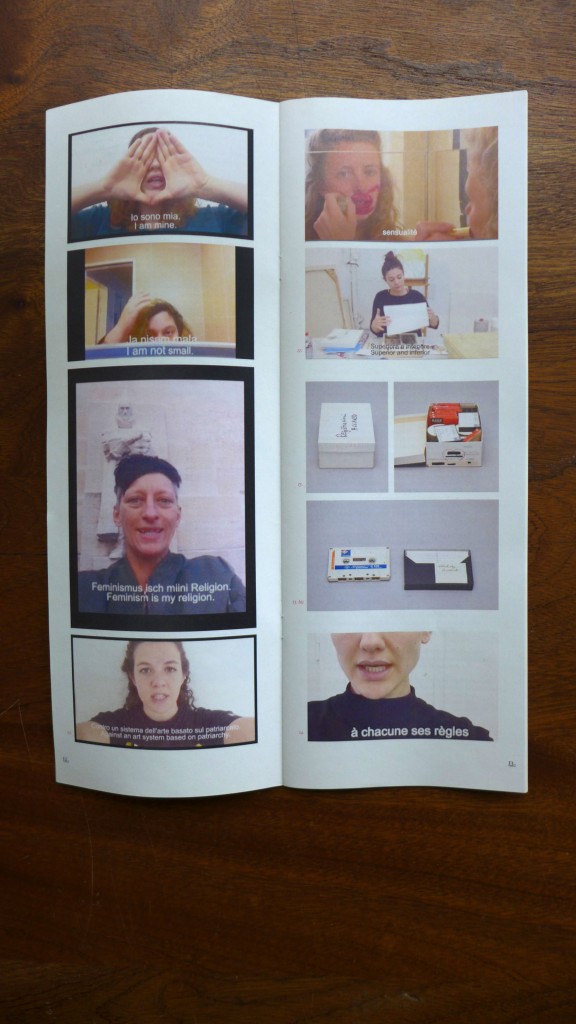 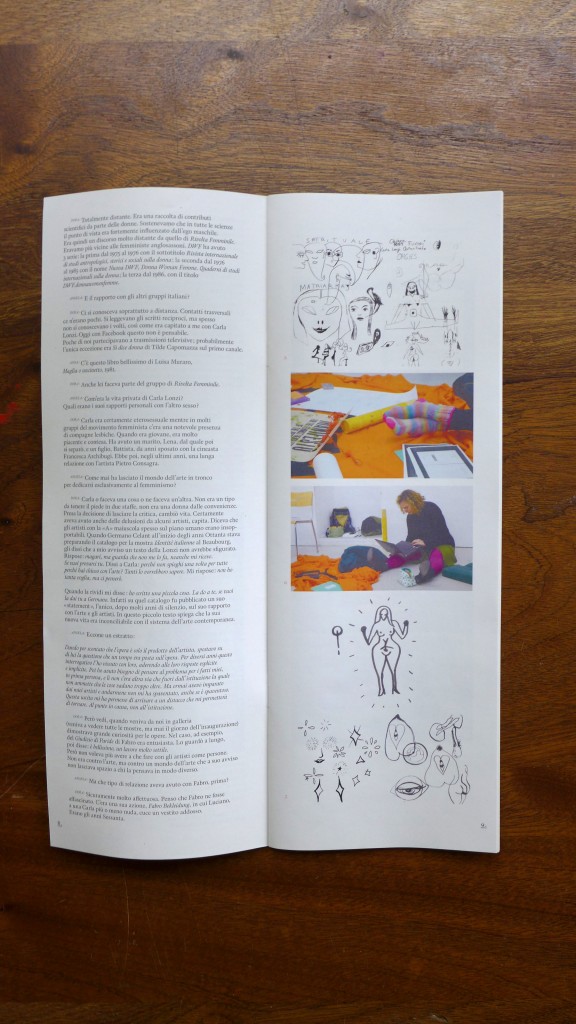